Al Aqsa Mosque Address: We should fight non-Muslims even if they were peaceful and subjugate them to God’s religion 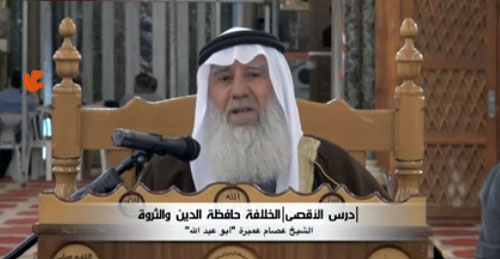 Sheikh Issam Ameera, address of Al Aqsa Mosque in Jerusalem a gave a religious teaching entitled: “The Islamic State is the keeper of religion and state”. What he said was appalling to many listeners due to his use of words of hatred and racism towards non-Muslims including those who are peaceful.

Memri TV had Posted a video only one week before the attack of a young group of people on the Ethiopian monastery close by Al-Aqsa Mosque. The attack also involved breaking the cross as well as the gate of the church in addition to attacking several people’s houses in the Christian quarter.

Sheikh Issam Ameera taught that the idea of Muslims being kind and polite towards non-Muslims is invalid, including the peaceful ones. He emphasized that Muslims should call non-Muslims to adopt three traits: Converting to Islam, paying Al-Jizya (Tax) or fighting. He said that they should seek God’s help in this.

The Sheikh also emphasized that Muslims should subjugate non-Muslims because they do not deserve to enjoy life. He called non-Muslims infidels referring to non-Muslim neighbors including Christians.

Previously, Linga’s site overlooked many cases where Christians and Christianity have been offended, knowing that these cases do not represent the majority of the Muslim people. However, hearing these words from a leader who is in charge of quite a big number of Palestinian Muslims causes us to stand before a reality with an unknown future. Should we ignore his words and place them under the title of Zionism as many justifiers had previously suggested? Or should we overlook the patriotic amongst us who deny such voices and refer them to a minority that does not represent the majority? What is our future amidst the Palestinian people when we are exposed to such teachings? These are numerous questions that receive no clear answers from the Arab Politicians. 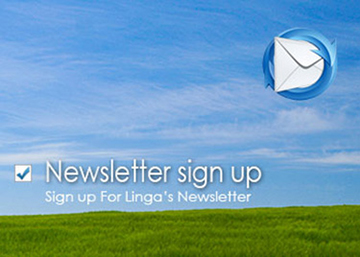